Slightly larger than the state of Georgia), and is bordered by French Guiana to the east, Guyana to the west, Brazil to the south, and the Atlantic Ocean to the north. Of the approximately 560,000 people who live there, most of whom live on the country's north coast, where the capital,Paramaribo, is located.

Suriname was first explored by the Spaniards in the 16th century and then settled by the English in the mid-17th century. It became a Dutch colony in 1667, and was governed it as the colony of Suriname until 1954. Independence from the Netherlands was granted in 1975.

Suriname is very ethnically diverse. The population includes: Hindustani (also known locally as East Indians; their ancestors emigrated from northern India in the latter part of the 19th century) 37%; Creole (mixed white and black) 31%; Javanese 15%; Maroons (their African ancestors were brought to the country in the 17th and 18th centuries as slaves and escaped to the interior) 10%; Amerindian 2%; Chinese 2%; white 1%; and other 2%.

More than 20 languages are spoken in Suriname. Dutch is still the official language, and English is widely-spoken. Suriname's government is a constitutional democracy, and their civil law was system influenced by Dutch civil law. The economy is dominated by the mining industry, with exports of alumina, gold, and oil accounting for about 85% of exports and 25% of government revenues. Other main export products include rice, bananas, and shrimp.

For more information about Suriname, see the following sources:

US Department of State

Suriname has pleasant, sunny weather for most of the year. However, every season has its highlights and advantages. The long dry time can be hot, but since most lodges and hotels as well as vehicles have air-conditioning, this should not be a problem.

The four seasons in Suriname, can be broadly divided into the following periods: 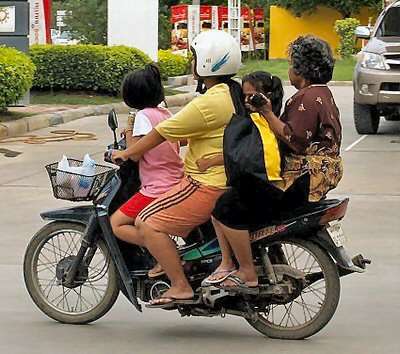 Yes. As far as the average tourist is concerned, Suriname is as safe as most other travel destinations in the world. While we realize that the threat of crime is a genuine concern for many potential visitors to South America, it is important to realize that only the negative stories make it into the media. The overwhelming majority of the foreign tourists that visit Suriname every year, experience no problems or incidents of crime and consequently many visitors return to our beautiful shores year after year. Most areas and destinations that we recommend on our itineraries are very safe areas, and we have never had an incident or problem with crime on any of our tours.

There are plenty of flight options for international flights from New York, Miami, Curacao/ Willemstad, Aruba/ Oranjestad, Guyana/Georgetown and Europe to Suriname/Paramaribo. If you book a tour with us, you will not need a rental car. If you choose a self-drive tour, we will arrange for your rental car to be ready at the airport. The roads in Suriname are generally very good. English is spoken and understood everywhere. The currency is Surinamese dollar (SRD). Credit cards and traveler's checks are accepted almost at every bank.

vaccination against yellow fever and malaria